This is another post that i was beginning to have doubts about ever getting to make. Ever since i first started to read up on this area of Warhol’s work this dust jacket has been right at the top of my list. And natually it’s also been one that i’ve had the most difficulty in finding. All i could find were some old listings on etsy and some other site, both already sold and also with a price tag in the hundreds of dollars… I think those were from the same seller and he also offered me another copy in pretty bad shape for $350 if i remember correct, an offer i did not bother to follow up on.

Since many of these dust jackets are a rare find on ebay i’ve had to find other hunting grounds. And none of the most obvious ones like Amazon, Abebooks and Alibris have a neat little app that gives you notice when something you’re looking for is available. This has resulted in me developing an almost OCD kind of behaviour where i need to check my lists and search these sites many, many, maaany times a day. Good thing i don’t have THAT many to look for anymore or this thing might turn into something unhealthy… Anyways, standard procedure is that i have a quick look when i wake up, then again when i get to work and so on… And in this case all the magic happened in the few hours between one of these checks.

In the beginning of August i made this post about my attempts to fish for this book at different rare book forums and as expected this didn’t result in anything. Then i couple of weeks later i found out that ebay also had a community kind of thing and i made a post in the booksellers forum there. The post i made has now been deleted and i also got some kind of warning from ebay for posting a “wanted add” or whatever they called it… Anyways, i asked about other sites than ebay to look for rare books and one of the suggestions was the site Bookfinder that i’m already a frequent user of. The user had also included a link with a search for this book ready to go and even though i had already looked everywhere just a couple of hours before i clicked it and to my surprise there were now two hits instead of one! And amazingly the asking price was just $50 or something like that… I can’t remember exactly what was in the listing but i think words like “spots” and “soiling” was mentioned and something about a “black edge cover” or something like that. The few readers of this blog probably know by now that i’m not that picky about the condition of things and a couple of spots and some soiling is probably something i could live with, but the “black tape edge cover” thing had me a little concerned. I’ve since learned that this edge thing is there to protect the jacket from tearing. But at this time i didn’t know what to make of it at first, i couldn’t see that there might be two different covers to this book. But then again, who knows about these things…   Eventually i got to see some images and then any worries i might have had could be laid to rest. Not only was it the cover i was hoping it would be, it was also in absolutely fantastic condition! So… even though i would most likely have found this anyway later in the day had it not already been sold i thought it was pretty amazing coincidence.

It’s no shocker to anyone that i don’t know that much about the dust jacket… The obvious facts in this case is that it was published in 1951 by Doubleday as part of the Crime Club series popular at that time. As far as i know Warhol designed the dust jacket for three books in this series, this being the first one and the others are The Runaway Pigeon and The Saint in Europe, both published in 1953. The author is Aaron Marc Stein who also wrote under the name of George Bagby and seems to have specialized in mystery fiction. I have found another image of what seems to be an early draft of a cover at this site. As with the alternative covers to The Runaway Pigeon this one also seems somewhat finished with the title and the name of the author present in the design. There are also some other images in the same “series” or whatever it’s called, the style and subjects are very similar to the one on The Nation’s Nightmare which was also released in 1951 and an original drawing is up for grabs for anyone with some cash to spare. I’ve also found one or two other “pistol images” like this one from a book of Warhol’s drawings from the 50’s. But that’s about it…

About a month or so ago this also made it’s debut on ebay, at least in the time since i’ve been collecting these. The first time around the starting bid was $500 and it didn’t sell. The same book was then up again and this time at $400 if i remember correct and i’m pretty sure it didn’t sell that time either. So it might be back soon, third time’s a charm perhaps?

When it comes to the condition i think the images speak for themselves, this really is in spectacular condition! Without a doubt the best one in my collection so far. At least of the ones i’ve found myself so to speak, The Runaway Pigeon and According to the Evidence are also in great shape, but i can’t take full credit for finding those two copies… Anyways, i’m pretty thrilled that i was able to find this particular book in such great shape, both because i believe it to be quite rare and also because it’s such a cool looking dust jacket and a personal favourite! It’s in a standard plastic protection thing and the only small little thing about the condition is that the front cover is a little uneven under this plastic. It’s only visible when looking from a certain angle and… well, who cares!?

Oh, and note the misspelling of Warhol’s name – Andy Warhaw… 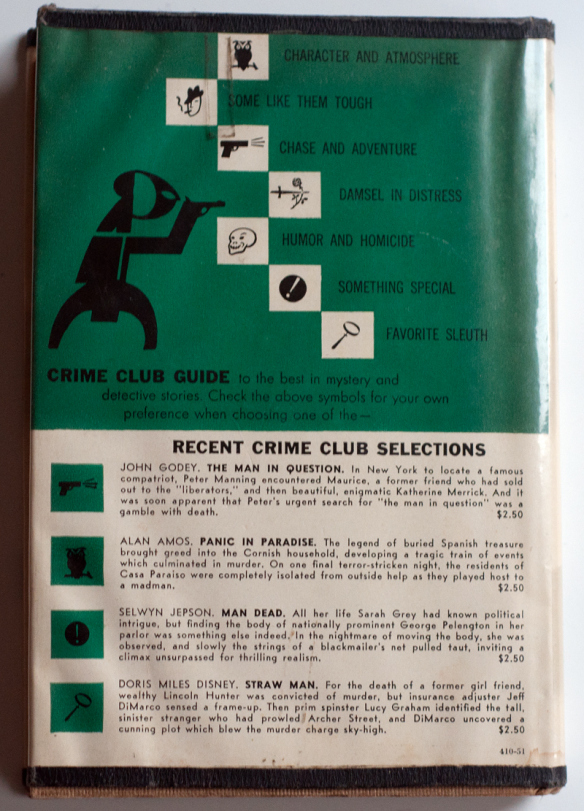 ...and the never-ending search.

The World of Andy Warhol's Influence In Music Recordings