I’m going to try and set the mood for this. And i realize that since the title of the book is also the title of this post it’s perhaps not the easiest thing to try and build suspense and anticipation… But let’s try. In lack of a better song and even though it’s pretty overused or whatever go set this tune on repeat and then continue reading.

This is a pretty big deal for me. Why? Well, this will most likely be the closest i will ever get to post something “new” and previously unknown. It’s not entirely unknown though, but i’m pretty sure that to most people interested in this stuff (which seems to be an entire handful of people) it will be news in one way or another. This book is not mentioned anywhere in any of the articles and stuff which feature this area of Warhol’s work. It’s also not mentioned in the catalogue for the exhibition Reading Andy Warhol. It is however on display at the current show Warhol by the Book so to those that have been to see that great show i guess it’s not really news. My dream of finding something totally new will have to live on though because sadly this wasn’t my discovery. And i believe in giving credit where credit is due and as with a lot of other things i have to thank Guy Minnebach for giving me the heads up. As i recall he found it on ebay where it was listed together with the words “warhol cover” and eventually got it for chump change. At the time i was pretty amazed that i had missed it considering all the saved searches i keep but i guess one can’t keep track of everything all the time. Anyways, i was going through some old emails and oddly enough it’s pretty much exactly one year ago that i found out this book existed. I got an email from Guy about his find on 6/5-2014 and even though i found it about a month ago it wasn’t until a couple of days ago that i finally got to hold it in my hands. There are plenty of books that i have spent a lot of time looking for but nothing compares to the time spent on this one. I really have spent a HUUUUGE and almost unhealthy amount of time looking for it so to finally find it was almost a surreal experience and a pretty fantastic anniversary gift of sorts.

Where did i finally find it? Well… i wish there was a great and exiting story here but there really isn’t. One afternoon during one of my OCD checks of my wish list on Amazon it was just there… There are a couple of different editions of this book and as usual in these cases i thought that the seller has just incorrectly listed one of these other editions under the one i’ve been looking for. And even though it was listed under the Doubleday edition and had the correct cover image the image shown was an old one that i recognized all to well. This image was uploaded by some woman that i actually stalked and contacted more than six months ago only to find out that her copy had been sold as part of a big collection and that she had only uploaded the image for some reason. Anyways, after just a quick look and seeing as the description featured the word “Dolphin” it became obvious that this was actually the real deal and after a couple of skipped heartbeats followed by my usual fumbling and panacking with the phone i had placed the order. Since this has basically been my biggest unicorn to date i didn’t bother to waste time waiting for images and even though the description featured wording like “cover has bumping, scuffing and dust smudging… lightly tanned” and so on i pretty much had to take a chance and jump at the opportunity. I must say that a lot of sellers of these paperbacks are pretty conservative in their grading of the books. But i can’t complain, without a doubt this looks pretty damn good for a +50 year old paperback.

So… what do we have here? I guess this is pretty self-explanatory but the title of the book is The Strange Case of Lucile Cléry and it was written by Marjorie Bowen under the pseudonym Joseph Shearing. I did not know of this author before this but it seems she enjoyed writing quite a bit and also kept herself busy doing it considering her total output exceeds 150 volumes/titles or whatever… This was originally published as Forget-Me-Not in 1932 and as said there a couple of other editions among which the edition published by Pocketbooks in 1949 is the one that has pretty much always been the one i’ve been sent images of when asking sellers about copies listed without any mention of the edition or year and so on… Anyways, the edition that is of interest here was published in 1963 by Doubleday on the imprint/printer’s mark/colophon or whatever it’s called Dolphin/Dolphin Mystery. This will also not be the first time that i have to say that i don’t know anything about this design. But unlike a couple of other books where i’ve been able to piece things together i’ve not been able to find any information about this whatsoever, nor have i been able to find any similar style drawings by Andy Warhol so this is pretty cool. And once again i’ll also have to say that i would never ever not in a million years have looked at this book and thought that the drawing might have been done by Warhol.

I do know one thing though that is pretty interesting. And that thing is a guy named George Giusti and this might actually be worthy of a future and more detailed post but anyways… The credit on the back of this book states “Cover design by George Giusti, Cover drawing by Andy Warhol” which is exactly the same as on Manon Lescaut and The Red and the Black, both of which were also published by Doubleday/Dolphin. I haven’t found any good information on this George Giusti other than that he was inducted into the Art Directors Club Hall of Fame in 1979 and that if you image search him you will find a ton of stuff. I have no idea if there was any kind of business or creative relationship or whatever between Warhol and Giusti during this time but i would guess that Warhol was just asked to do a drawing for a cover and that Giusti was in charge of cover design at Doubleday at the time or something along those lines. It is pretty interesting though, and of course it’s far from a crazy thought that if there are three books, hey… there might be four. Or five. Or any number of others… For anyone getting the same thoughts i can save you a lot of time and effort by saying that i have already spent countless hours staring at images on Google. And i will most likely continue… Don’t take my word for it but there are no obvious others that i have found so far.

As always i need to say something about the condition and all things considered it’s pretty spectacular! There is some minor smudges and things like that but the binding is solid and not much else to mention. Naturally i would have settled for a copy in any kind of condition but to be fortunate enough to find one that’s in as great shape as this is pretty thrilling! And even though i’m still trying to do this thing on a tight budget i would have payed a lot for this book had it been necessary, so i’m almost embarrassed to say that it only cost me $11, poor seller… I don’t want to sound like more of a dork than i probably do but once i opened the package i held this in my hands like it was a newborn baby and just stared at it while my better half was doing an equal amount of staring at me asking what the hell it was that was such a big deal about a stupid book… But anyone into any kind of collecting can probably relate to the feeling of finally seeing that “holy grail item” sitting there on a shelf, and it’s a great feeling! But it also leaves you (or at least me) with a strange empty feeling. Even though i’ve not spent hours and hours straight looking for this i’ve still thought about this book every single day for almost a full year. And as with any race it’s of course extremely satisfying and a lot of fun to finally get to the finish line but at the same time it also leaves you with a feeling of “what now”? Luckily i do have two more books that i need to find. In a way i’m dreading the day when i have all of the dust jackets and might have start looking into starting collecting magazines… That will not be good for finances.

As said this is featured in the exhibition Warhol by the Book and Guy Minnebach had told me that it would be in the show before it opened and i saw this as both a good thing as well as a terribly bad thing. A good thing because it might raise awareness and finally make the book show up on various sites. And of course a terrible thing because this might also make prices rise to where i could not get a copy. The show has not been on for that long but so far it seems i was wrong about the awareness part but i’m really hoping that it helps raise interest in this area of Warhol’s work and that maybe more copies of this, and the other books as well, will become more available.

In conclusion – The unicorn has been caught! Now i just need to find the mermaid, dragon, phoenix or whatever i’ll decide to call the missing ones… 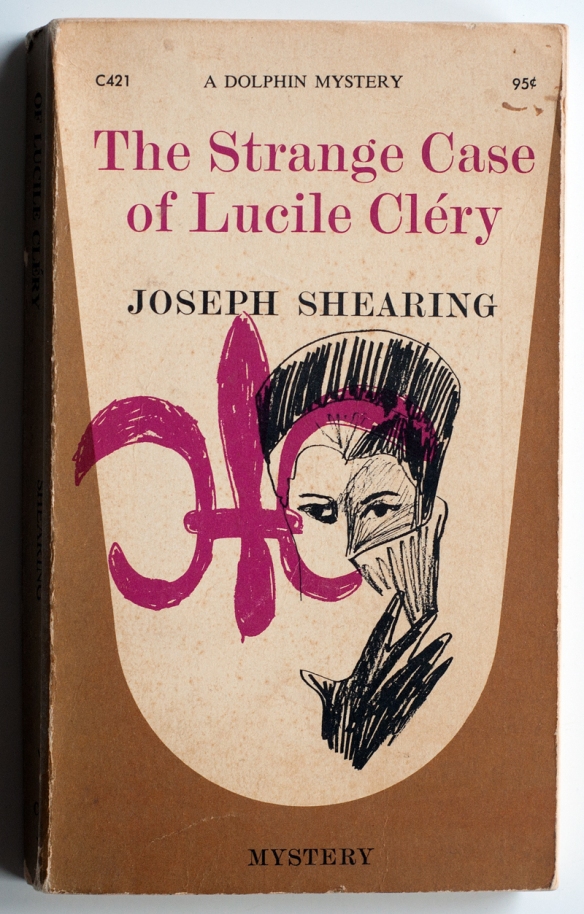